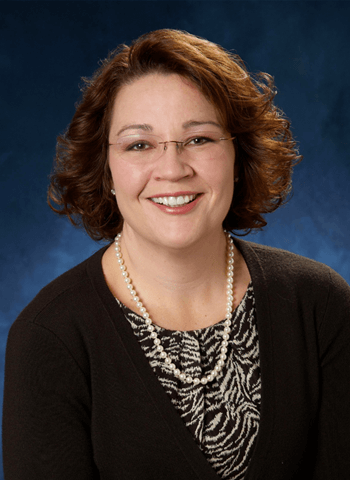 Dr. Laura Petrey’s commitment to her patients is evident in every aspect of her professional life; from the care and devotion she gives her patients and their families to the experience and compassion she passes on to the residents and medical students under her instruction.

Dr. Petrey attended the University of Mississippi School of Medicine where she was honored with a membership into the Alpha Omega Alpha Honor Society and the Herrin Hess Foundation Scholarship. She earned her Doctor of Medicine degree in 1995. Dr. Petrey completed her General Surgery residency at Rush University Medical Center and Cook County Hospital in Chicago, Illinois. After residency, Dr. Petrey received her fellowship specialty training in Trauma and Surgical Critical at the University of Tennessee at Memphis. The Regional Medical Center in Memphis is an acute-care teaching hospital that serves a six-state region and is best known for its cutting-edge Elvis Presley Memorial Trauma Center. This center is designated as a “Level One” trauma center and is one of the busiest Level One trauma centers in the nation, with over 4,000 admissions annually.

Dr. Petrey has been a member of Urgent Surgery Associates since 2001, specializing in Acute Care General Surgery, Surgical Trauma and Surgical Critical Care. Dr. Petrey is board certified in both General Surgery and Surgical Critical Care. She is an Associate Attending in the Department of General Surgery at Baylor University Medical Center since 2001. She has the distinction of being the first female General Surgery Attending in the Department of Surgery since it was formed in 1920. She became a Fellow of the American College of Surgeons in 2005. In 2011, Dr. Petrey was appointed as an Assistant Professor of Surgery at the Texas A&M University System Health Science Center in the College of Medicine. She is closely involved in the education of medical students while they rotate on Acute Care Surgery, Trauma and Critical Care. In 2014, she was appointed to be the Associate Program Director for Research for the Department of Surgery at Baylor University Medical Center in Dallas. She is responsible for overseeing the general surgery residents with their research projects. Dr. Petrey is dedicated to research in Trauma, Critical Care and Acute General Surgery. Her special interests are determining the causes of readmission of trauma patients to the hospital, cost-effectiveness in all areas of healthcare, and Post-traumatic Stress Disorder in trauma patients.

Dr. Petrey is also a member of the Eastern Association for the Surgery of Trauma (EAST) since 2005. She has served on the Bylaws Committee and in 2012 she participated in the update of the Practice Management Guidelines for Penetrating Colon Injury and for Blunt Aorta Injury. She is a member of the Society of Critical Care Medicine, Southwestern Surgical Congress and the Association of Women Surgeons.