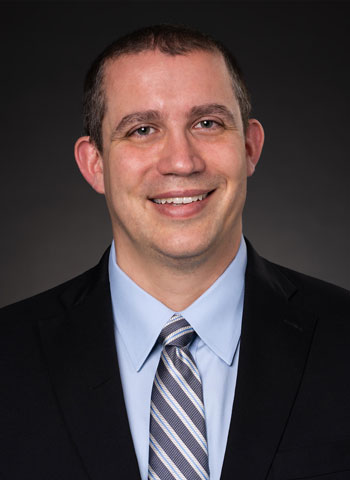 Nicole Bedros, MD Nicole Bedros, MD completed residency training in General Surgery at Parkland Hospital/University of Texas at Southwestern in 2017, and fellowship training in Trauma & Surgical Critical Care at Baylor University Medical Center Dallas in 2018. She is board certified in General Surgery and Surgical Critical Care through the American Board of Surgery and joined Urgent Surgery Associates, PA, in 2018. Dr. Bedros holds society memberships with the American College of Surgeons, Society of Critical Care Medicine and the Eastern Association for the Surgery of Trauma. She is an ad-hoc reviewer for World Neurosurgery, as well as the Journal of Trauma and is an Adjunct Assistant Professor with Texas A&M Health Sciences Center.

Dr. Foreman earned a B.A. in Anthropology from the University of Texas Permian Basin in 1976, as well as an M.S. in Life Science in 1982. He attended medical school at the University of Texas Health Science Center in San Antonio where he served as class Vice President and was inducted into the Alpha Omega Alpha Honor Medical Society, earning his MD in 1982. Dr. Foreman completed his residency in General Surgery in 1987 at Baylor University Medical Center, Dallas, and began his practice in general surgery with special interest in Trauma and Critical Care.

Dr. Foreman became board-certified in General Surgery by the American Board of Surgery in 1988, received Certification of Added Qualifications in Surgical Critical Care in 1989 and is a Fellow of the American College of Surgeons. He is a course director and instructor for Advanced Trauma Life Support®. He currently serves as Director of the Division of Trauma in the Department of Surgery, the Medical Director of the Level One Trauma Center, and as the Medical Director of the 4 North Trauma/Neurotrauma ICU at BUMC. Dr. Foreman also serves on the Surgical Advisory Committee and the Surgery Residency Education Committee for BUMC.

Dr. Foreman has been named by his peers to the Texas Monthly Super Doctors® list each year since 2005.

In 2011, Dr. Funk was appointed as an Assistant Professor of Surgery at the Texas A&M University System Health Science Center and also received the distinction of being selected as the Clerkship Director for all medical students at the Dallas campus.

Dr. Lovitt was raised in Pasadena, California. He graduated with distinction from Stanford University in 1982. He proceeded to Vanderbilt University School of Medicine in Nashville, Tennessee, and earned his MD in 1986. While at Vanderbilt, he was inducted into the Alpha Omega Alpha Honor Medical Society. Dr. Lovitt did his residency in General Surgery at Baylor University Medical Center, Dallas. He served as Chief Resident and received the Chief Resident Teaching Award. He received his board certification from the American Board of Surgery in 1993 and also holds certification in Advanced Trauma Life Support. In 2002, he was given an award by the residents he instructs in recognition of his exemplary commitment to operative training.

Dr. Lovitt is a Fellow of the American College of Surgeons and the Southwestern Surgical Society and a member of the Dallas County Medical Society, Texas Medical Association, American Society of General Surgeons, Society of American Gastrointestinal Endoscopic Surgeons, National Board of Medical Examiners (Diplomate), and the Society of Baylor Surgeons. Dr. Lovitt has been named by his peers to the Texas Monthly Super Doctors® list.